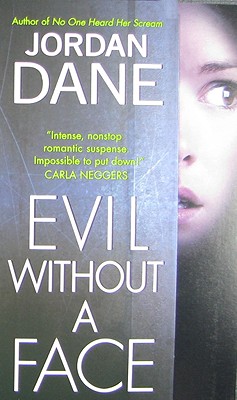 Evil Without a Face

She sleeps with a Colt Python in her nightstand and her senses on alert--Jessica Beckett isn't taking any chances. Hiding a chilling secret, living in a world of snitches and felons, good cops and bad dreams, Jessica is a bounty hunter who brings lowlifes to justice. But not even she can imagine what she'll face when she tracks an online predator who has abducted a naive teenage girl.

Making promises that can't be kept

Former NFL quarterback Payton Archer swore to his sister that he'd find her only child. But the police have no leads, and the teen's trail has turned cold. Plagued by personal demons, Payton's never considered himself a hero, but this time he has to be.

And fighting a faceless enemy

Joining forces to save the seventeen-year-old girl, Payton and Jessica discover that she's nothing but a pawn in an insidious, terrifying global conspiracy. They're battling a new kind of criminal . . . and soon their race for answers will become a dangerous struggle for survival.

Title: Evil Without a Face

Evil Without a Face