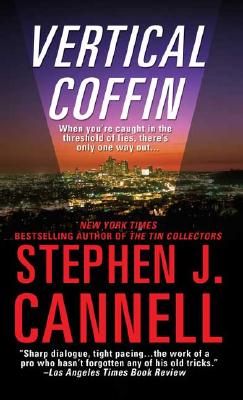 A nightmarish series of events sweeps LAPD's Sergeant Shane Scully and his wife (and boss), Alexa, into the vortex of an enormous, jurisdictional firestorm.

First, a sheriff's deputy, a friend of Shane's, is gunned down while serving a routine search warrant. His fellow deputies blame the incident on the Bureau of Alcohol, Tobacco and Firearms, whom they angrily accuse of having failed to warn them that the suspect had a huge arsenal of illegal weapons in his house.

Soon thereafter, a member of the ATF Situation Response Team is shot to death, followed by the sniper murder of the Sheriff's Special Enforcement Bureau. At the request of the Mayor, LAPD, as an uninvolved and unbiased agency, assigns Shane Scully to investigate.

He is given an impossible deadline to find a solution before these two elite and deadly SWAT Teams kill each other off amid a hurricane of horrible publicity. Shane pursues his investigation in a direction that neither his chief nor his wife agrees with, and succeeds in putting himself, his loved ones, and his career in terrible jeopardy before he finally discovers the shocking and deadly truth.