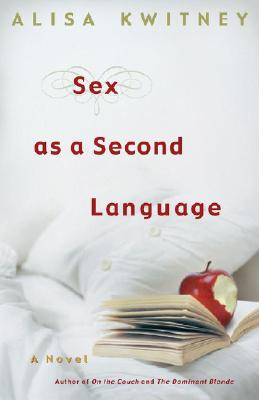 Sex as a second language

From Alisa Kwitney, the acclaimed author of "On the Couch" and "The Dominant Blonde," comes a wickedly funny new novel about adult education. A teacher of English as a second language, Katherine Miner is an expert in idiomatic phrases, subtle verbal cues, and unwritten cultural rules, but when it comes to the opposite sex, she's baffled.

Her girlfriends and her mother keep telling her that a woman who is about to turn forty needs to approach dating as a job, but Kat's decided to opt for early retirement. It's not that she hates men; she just doesn't trust them. After all, her soon-to-be ex-husband, Logan, has dropped all contact with their son, just as her own father did to her thirty years before.

While Kat prepares her students for the messy business of getting personal, she has no intention of getting herself tangled up in bedsheets and emotions. But Magnus Grimmson, the tall, good-looking, tongue-tied Icelander in the front row, doesn't appear to pose any threat. In fact, the man seems to need more help deciphering women than Kat does decoding men.

Then Kat receives a letter from her father that turns her life upside down. A former spy, Kat's father writes that he wants to get to know her. But her father's reappearance causes unexpected complications, and suddenly Kat finds herself questioning whom she can trust and discovering that she still has a lot to learn about men, friendship, and the kind of nonverbal communication they don't teach in school.

Title: Sex as a second language

Sex as a second language