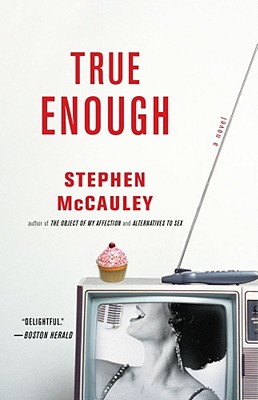 Dubbed by "The New York Times" as "the secret love child of Edith Wharton and Woody Allen," Stephen McCauley presents his fourth deftly comic, critically acclaimed novel.
Jane Cody imagined she'd lead a tumultuous life, full of money, passion, and painless tragedies. Instead, she wakes up at forty with a doting second husband, a precocious son who loves to bake, and a fast-paced job as a producer for a Boston television station. What went wrong? In New York, Desmond Sullivan -- biographer of demi-celebrities such as the forgotten torch singer Pauline Anderton -- wonders how he ended up "stuck in something as pathetic" as a happy, secretly monogamous relationship with smart, sweet Russell.
Jane and Desmond meet in Boston and join forces to create a series of TV documentaries on America's cultural mediocrities. But their search for the truth about the elusive Anderton takes them on a journey of self-discovery in which they learn more about their own secrets and lies than they ever wanted to know.