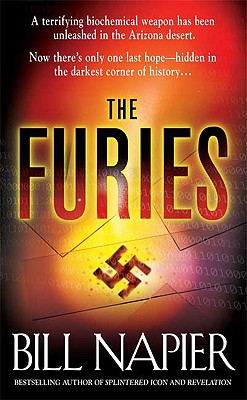 An unidentified object crashes from the sky into an Arizona canyon, releasing anthrax spores and leaving innocent victims in its wake. Investigators are shocked by what they find in the rubble: a swastika. They call upon former spy and World War II-era weapons expert Lewis Sharp for help. Could this be a biochemical weapon designed by the Nazis half a century ago--or is it an elaborate hoax? Sharp is convinced that it's the real McCoy and he warns that two more killing machines are still out there, primed and ready to strike...

The attacker has left a cryptic note hinting at an another attack. Now, it's up to Sharp to piece together a sixty-year-old mystery--one that spans from a convent in Hitler's Germany to Hollywood, the Executive Branch to shadowy third-world governments. Sharp and his colleagues have just five days left to stop the weapon from unleashing mass destruction--and leading the world to the brink of a whole new kind of war...