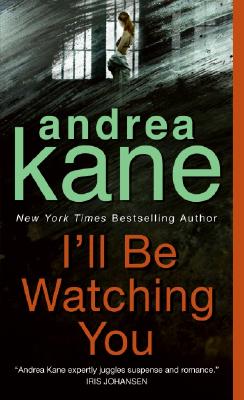 I'll be watching you

Taylor Halstead, psychologist and successful radio personality, is terrified that she'll never be safe again. Coming on the heels of a series of tragic and terrible events, the e-mail sends chills racing up her spine. Her safe, secure world has already been violated by her cousin Stephanie's boyfriend, Gordon Mallory, in her own apartment. Only the door buzzer and Stephanie's intervening voice rescue her, but not before Gordon promises to return. Soon after, he is killed along with Stephanie in an inexplicable explosion aboard his yacht. Or is he?

The e-mail is just the beginning. The terror campaign escalates when an electronically disguised voice on Taylor's telephone threatens to kill her, and her life becomes a nightmare. It seems the only one she can turn to is attorney Reed Weston, her confidant, protector, and, ultimately, lover. But is Reed's determination to protect her enough to avert disaster? And can Taylor trust Gordon's identical twin, Jonathan, who always seems to show up when she least expects him?

Grief and dread unravel Taylor's sanity, playing tricks with her mind and heart. Someone out there wants her dead--a crazed fan or the troubled teenage boy she's been counseling or, impossibly, Gordon himself. His vow to return and those final menacing words--"I'll be watching you"--haunt her day and night. Whoever is out there is coming closer, and Taylor Halstead has nowhere to run and nowhere to hide.

Title: I'll be watching you

I'll be watching you