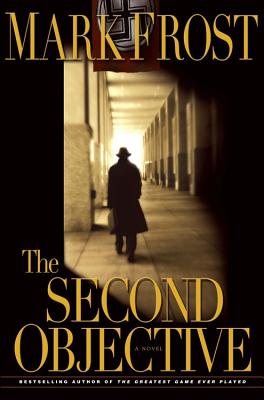 Bestselling author Mark Frost makes a triumphant return to fiction with this riveting World War II thriller, based on a shocking real-life German operation run by "the most dangerous man in Europe"

Fall 1944. Germany is losing, and the Americans are starting to hope theyll be home for Christmas. Lieutenant Colonel Otto Skorzeny, "Hitler's Commando," famed for his daring rescue of the imprisoned Mussolini, has just received orders for Operation Greif He is to assemble a new brigade of 2,000 men, all of whom speak English, and send them behind Allied lines disguised as GIs, where they will wreak havoc in advance of a savage new offensive. And from those men, Skorzeny is to select a smaller group, made up of the twenty most highly skilled commandos fluent in American culture, to attempt an even more sinister mission -- the second objective -- which, if completed, not only would change the course of the war, but would change the course of history.

Filled with real characters and details only recently released by the United States military, The Second Objective is historical fiction at its most pulse-pounding, its most unpredictable, and its most compulsively readable.