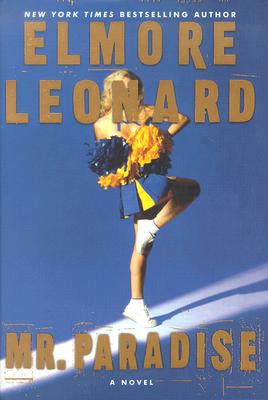 Roommates Kelly and Chloe are enjoying their lives and their downtown Detroit loft just fine. Kelly is a Victoria's Secret catalog model. Chloe is an escort, until she decides to ditch her varied clientele in favor of a steady gig as girlfriend to eighty-four-year-old retired lawyer Tony Paradiso, a.k.a. Mr. Paradise.

Evenings at Mr. Paradise's house, there's always an old Michigan football game on TV. And when Chloe's around, there's a cheerleader, too, complete with pleated skirt and blue-and-gold pompoms. One night Chloe convinces Kelly to join in the fun, along with Montez Taylor, Tony's smooth-talking right-hand man.

But things go awry and before the end of the evening there will be two corpses, two angry hit men, one switch of identity, a safe-deposit box full of loot up for grabs, and, fast on the scene, detective Frank Delsa, who now has a double homicide -- and a beautiful, willful witness -- to add to his already heavy caseload.

With a cool cast, snappy dialogue, and all the twists and turns fans crave, Mr. Paradise is Elmore Leonard at home in Detroit and sharper than ever.