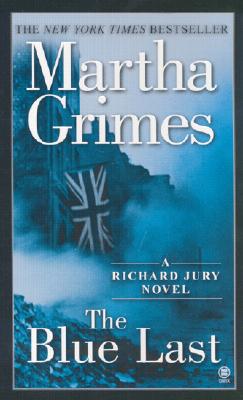 In The Blue Last, Richard Jury finally faces the last thing in the world he wants to deal with--the war that killed his mother, his father, his childhood. Mickey Haggerty, a DCI with the London City police, has asked for Jury's help. Two skeletons have been unearthed in the City during the excavation of London's last bombsite, where once a pub stood called the The Blue Last. Mickey believes that a child who survived the bombing has been posing for over fifty years as a child who didn't. The grandchild of brewery magnet Oliver Tyndale supposedly survived that December 1940 bombing . . . but did she? Mickey also has a murder to solve. Simon Croft, prosperous City financial broker, and son of the one-time owner of The Blue Last is found shot to death in his Thames-side house. But the book he was writing about London during the German blitzkrieg has disappeared.

Jury wants to get eyes and ears into Tynedale Lodge, and looks to his friend, Melrose Plant, to play the role. Reluctantly, Plant plays it, accompanied on his rounds of the Lodge gardens by nine-year-old Gemma Trim, orphan and ward of Oliver Tynedale; and Benny Keagan, a resourceful twelve-year-old orphaned delivery boy.

And Richard Jury may not make it out alive.

A stolen book, stolen lives, or is any of this what it seems? Identity, memory, provenance - these are all called into question in The Blue Last