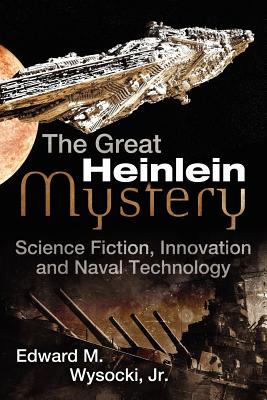 Many people may feel that science fiction has little if any connection with the real world. A careful examination of works of science fiction, however, will reveal connections with science and technology. An author makes use of current scientific facts and theories and the accomplishments of technology. From such a starting point, the author is then free to extrapolate in a multitude of different directions. A connection that operates in the opposite direction may also be explored. Is it possible that certain concepts presented in works of science fiction have affected real-world inventions or scientific discoveries? The Great Heinlein Mystery looks at this question by considering statements made by science fiction author Robert A. Heinlein at various points in his life. Heinlein claimed that a system used by the U.S. Navy during World War 2 was based on the content of one of his early stories. He consistently refused to identify the system or to provide key details such as the story or the person who was inspired to create the naval system, giving as his reason the secrecy of the naval system. The investigation of the Mystery begins by examining both the statements made by Heinlein and the content of the stories published before the entry of the U.S. into the war. Heinlein's statements required that a close look also be taken at his classmates at the United States Naval Academy. Other topics which arose during the investigation are the connection of the process of invention with science fiction authors and their stories, the sub-genre of true naval science fiction and the more general role of science fiction in technological innovation.