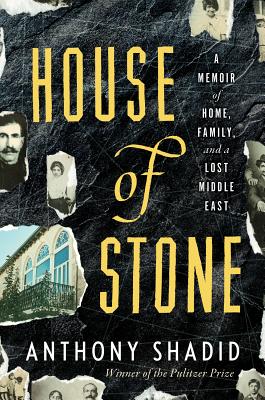 "Evocative and beautifully written, House of Stone . . . should be read by anyone who wishes to understand the agonies and hopes of the Middle East." -- Kai Bird, Pulitzer Prize-winning historian and author of Crossing Mandelbaum Gate

"In rebuilding his family home in southern Lebanon, Shadid commits an extraordinarily generous act of restoration for his wounded land, and for us all." -- Annia Ciezadlo, author of Day of Honey In spring 2011, Anthony Shadid was one of four New York Times reporters captured in Libya, cuffed and beaten, as that country was seized by revolution. When he was freed, he went home. Not to Boston or Beirut--where he lives-- or to Oklahoma City, where his Lebanese-American family had settled and where he was raised. Instead, he returned to his great-grandfather's estate, a house that, over three years earlier, Shadid had begun to rebuild. House of Stone is the story of a battle-scarred home and a war correspondent's jostled spirit, and of how reconstructing the one came to fortify the other. In this poignant and resonant memoir, the author of the award-winning Night Draws Near creates a mosaic of past and present, tracing the house's renewal alongside his family's flight from Lebanon and resettlement in America. In the process, Shadid memorializes a lost world, documents the shifting Middle East, and provides profound insights into this volatile landscape. House of Stone is an unforgettable meditation on war, exile, rebirth, and the universal yearning for home.