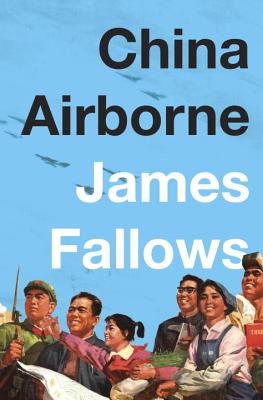 More than two-thirds of the new airports under construction today are being built in China. Chinese airlines expect to triple their fleet size over the next decade and will account for the fastest-growing market for Boeing and Airbus. But the Chinese are determined to be more than customers. In 2011, China announced its Twelfth Five-Year Plan, which included the commitment to spend a quarter of a trillion dollars to jump-start its aerospace industry. Its goal is to produce the Boeings and Airbuses of the future. Toward that end, it acquired two American companies: Cirrus Aviation, maker of the world's most popular small propeller plane, and Teledyne Continental, which produces the engines for Cirrus and other small aircraft.
In "China Airborne, "James Fallows documents, for the first time, the extraordinary scale of this project and explains why it is a crucial test case for China's hopes for modernization and innovation in other industries. He makes clear how it stands to catalyze the nation's hyper-growth and hyper- urbanization, revolutionizing China in ways analogous to the building of America's transcontinental railroad in the nineteenth century. Fallows chronicles life in the city of Xi'an, home to more than 250,000 aerospace engineers and assembly workers, and introduces us to some of the hucksters, visionaries, entrepreneurs, and dreamers who seek to benefit from China's pursuit of aerospace supremacy. He concludes by examining what this latest demonstration of Chinese ambition means for the United States and the rest of the world--and the right ways to understand it.