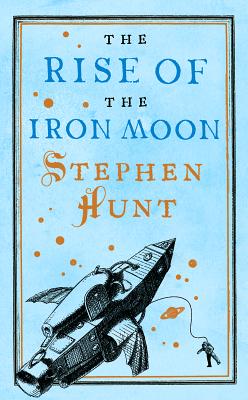 The Rise of the Iron Moon

Born into captivity as a product of the Royal Breeding House, friendless orphan Purity Drake suddenly finds herself on the run with a foreign vagrant after accidentally killing one of her guards.

Her strange rescuer claims he is on the run himself from terrible forces who mean to enslave the Kingdom of Jackals much as they conquered his own nation. Purity doubts his story until reports of the terrible Army of Shadows, marching across the continent and sweeping all before them.

Purity has felt little love for her country but realizes that the bad acts of a government gone wrong aren't enough to condemn an entire people.

There's more to Purity than meets the eye. As Jackals girds itself for war against an army of near-unkillable beasts serving an ancient evil, it becomes clear that the country's only hope is a strange little royalist girl and the last, desperate plan of an escaped slave.

Title: The Rise of the Iron Moon

The Rise of the Iron Moon