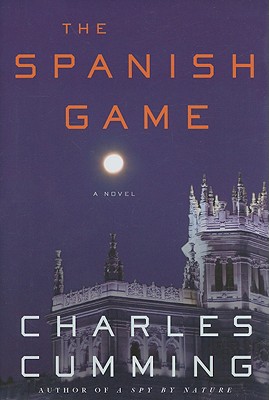 "The best of the new generation of British spy writers taking over where le Carre and Deighton left off." -- "Observer" (London) on "The Spanish Game" "The serpentine twists and the unflaggingly realistic suspense leave you breathless, but spellbound." -- "Daily Mail" (London) on "The Spanish Game""" "Tautly written, cleverly plotted...reminded me strongly of the early books of John le Carre." -- Robert Harris, author of "The Ghost," on "A Spy by Nature" Six years ago, Alec Milius was released by MI6 after a disasterous operation. His world shattered, Milius has been living in Madrid, attempting to put his former life as a spy behind him, and quitely rebuild his life. But all his plans come crashing down when the head of a separatist movement goes missing, and Milius is lured back into the world of espionage, the brutal world of lies and desperation. This time, though, Milius is forced to work alone - with no back-up, no support, and no one to save him should something go wrong. And in an operation like this, something is certain to go wrong. Horribly wrong.