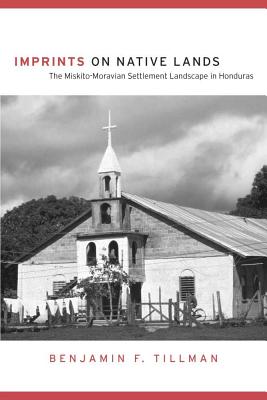 Imprints on Native Lands: The Miskito-Moravian Settlement Landscape in Honduras

More than one hundred fifty years ago, Moravian missionaries first landed along a so-called isolated stretch of Honduras's Mosquito Coast bordering the western Caribbean Sea. The missionaries were sent, with the strong encouragement of German political leaders and in the context of German attempts at colonization, to "spread the word" of Protestantism in Central America. Upon their arrival, the missionaries employed a three-pronged approach consisting of proselytizing, medical treatment, and education to convert the majority of the indigenous population.

Much like the Spanish and English attempts before them, German colonizing efforts in the region never completely took hold. Still, as Benjamin Tillman shows, for the region's indigenous inhabitants, the Miskito people, the arrival of the Moravian missionaries marked the beginning of an important cultural interface. Imprints on Native Lands documents Moravian contributions to the Miskito settlement landscape in sixty four villages of eastern Honduras through field observations of material culture, interviews with village residents, and research in primary sources in the Moravian Church archives. Tillman employs the resulting data to map a hierarchy of Moravian centers, illustrating spatially varying degrees of Moravian influence on the Miskito settlement landscape. Tillman reinforces Miskito claims to ancestral lands by identifying and mapping their created ethnic landscape, as well as supporting earlier efforts at land-use mapping in the region. This book has broad implications, providing a methodology that will be of help to those with an interest in geography, anthropology, or Latin American studies, and to anyone interested in documenting and strengthening indigenous land claims.

Imprints on Native Lands: The Miskito-Moravian Settlement Landscape in Honduras