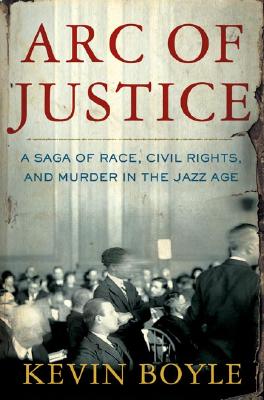 An electrifying story of the sensational murder trial that divided a city and ignited the civil rights struggle
In 1925, Detroit was a smoky swirl of jazz and speakeasies, assembly lines and fistfights. The advent of automobiles had brought workers from around the globe to compete for manufacturing jobs, and tensions often flared with the KKK in ascendance and violence rising. Ossian Sweet, a proud Negro doctor-grandson of a slave-had made the long climb from the ghetto to a home of his own in a previously all-white neighborhood. Yet just after his arrival, a mob gathered outside his house; suddenly, shots rang out: Sweet, or one of his defenders, had accidentally killed one of the whites threatening their lives and homes.
And so it began-a chain of events that brought America's greatest attorney, Clarence Darrow, into the fray and transformed Sweet into a controversial symbol of equality. Historian Kevin Boyle weaves the police investigation and courtroom drama of Sweet's murder trial into an unforgettable tapestry of narrative history that documents the volatile America of the 1920s and movingly re-creates the Sweet family's journey from slavery through the Great Migration to the middle class. Ossian Sweet's story, so richly and poignantly captured here, is an epic tale of one man trapped by the battles of his era's changing times. "Arc of Justice "is the winner of the 2004 National Book Award for Nonfiction.