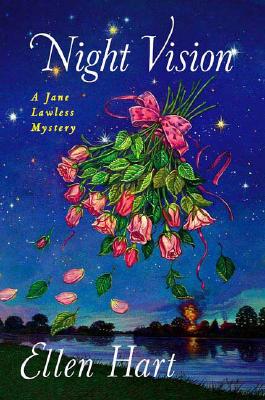 Joanna Kasimir, an old friend of Jane Lawless, left Minneapolis years ago to make it big in Hollywood and, unlike so many others, she succeeded. Unfortunately, her stardom came at a price. Early in her career, Joanna was involved with a man who quickly went from being an idle interest to a dangerous stalker. Nearly a decade has passed since she sent him to prison, but just as she is about to leave for her hometown to star in her friend Cordelia Thorn's production of "Who's Afraid of Virginia Woolf, " she receives one of his ominous calling cards.
Joanna refuses to let him control her life--she can't. Not again. Tired after ten years of fear, ten years of hiding, she calls on Jane, restaurateur and amateur sleuth, and former homicide detective A. J. Nolan, but they may not be able to protect her from a man who refuses to be anyone's one-night stand.
And when they find out that Joanna may not be the only one on the run, their investigation quickly spins Jane into a deadly game of cat and mouse. "Night Vision "promises to be one of Ellen Hart's best mysteries yet.