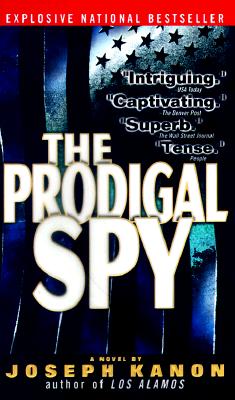 In a time of accusations, treachery and lies, some secrets were heartbreaking....

Others were deadly. Once, Nick Kotlar tried to save his father. From the angry questions. From the accusations. From a piece of evidence that only Nick knew about and that he destroyed--for his father. But in the Red Scare of 1950 Walter Kotlar could not be saved. Branded a spy, he fled the country, leaving behind a wife, a young son--and a key witness lying dead below her D.C. hotel room. Now, twenty years later, Nick will get a second chance. Because a beautiful journalist has brought a message from his long-lost father, and Nick will follow her into Soviet-occupied Prague for a painful reunion. Confronting a father he barely remembers and a secret that could change everything, Nick knows he must return to the place where it all began: to unravel a lie, to penetrate a deadly conspiracy, and to expose the one person who knew the truth--and watched a family be destroyed.