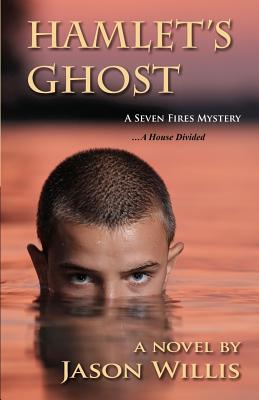 Signed by the author on the title page. 6th edition with different cover art.

Haunted by his father's suicide, Ansel Nielson, lost and in need of personal direction, travels to his father's childhood home of Lake Wanagiyata, Minnesota in search of answers. Aware of a foreboding sense of synchronicity between his life and his father's, he confronts what caused his father's death and now threatens to take his. At the lake, he meets Lacy Morrison, a local girl working at a Bible camp, who is willing to help Ansel tackle the issues confronting him. Before long, Ansel, while exorcising his own demons, learns the deeper mystery behind the place natives once called 'The Place of Souls.' Part murder-mystery and part supernatural-thriller, the Seven Fires Chronicles takes the reader on a spiritual and temporal journey from the remote logging town of Split Rock, Minnesota to the battlefields of Vietnam, and even to the rocky shores of thirteenth-century Nova Scotia. While each novel features a modern protagonist dealing with issues affecting the present, the reader will learn along with the characters that there is an even greater mystery surrounding the pristine Lake Wanagiyata. Framed by the ancient Anishinaabe prophecies of The Seven Fires, each of the seven novels sheds more light into ancient events that are not yet done shaping the present and future. One of the unique features of The Seven Fires Chronicles is the concept of 'Synchronicity, ' dubbed by philosopher Carl Jung. Synchronicity basically tries to show the connection between two seemingly unrelated events. In the series, characters ranging from devout Christians to sophisticated atheists begin to realize that their lives are intricately connected, and sometimes, not even death can break those connections. So rather than telling the story in a traditional, chronologically-ordered narrative, The Seven Fire Chronicles jump back and forth in time in order to show that Good and Evil sometimes change depending on a character's perspective.