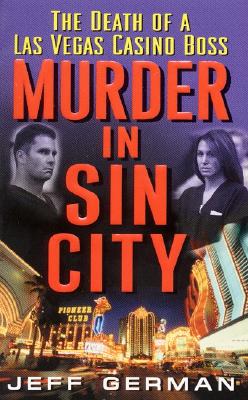 The reckless heir to the Horseshoe Club fortune, fifty-five-year-old Vegas casino boss Ted Binionlived the high life constantly teetering on the edge--surrounding himself with guns, heroin, cash, babes and mobsters. But it was a beautiful ex-stripper and her new lover who gave him the final, fatal push over the side.

The gripping true story of the fall of a powerful man that culminated in the most publicized murder in Las Vegas history--an almost perfect crime undone by the unbelievable greed of its perpetrators--Jeff German's Murder in Sin City is a stunning account of human deterioration and depravity, a neon-tinged view of the poisonous rot that festers beneath the Vegas glitter.

Check out the original Lifetime movie, Sex and Lies in Sin City, based on the book Murder in Sin City by Jeff German, premiering on October 25, 2008 at 8 p.m. EST.