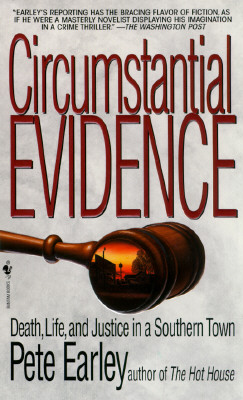 Pete Earley's "The Hot House" gave America a riveting, uncompromising look at the nation's most notorious prison--the federal penitentiary in Leavenworth, Kansas--a book that "Kirkus Reviews" called a "fascinating white-knuckle tour of hell, brilliantly reported." Now Earley shows us a different, even more intimate view of justice--and injustice--American-style.
In Monroeville, Alabama, in the fall of 1986, a pretty junior college student was found murdered in the back of the dry cleaning shop where she worked. Several months later, Walter "Johnny D." McMillian, a black man with no criminal record, was tried, convicted, and sentenced to death for the crime. As McMillian sat in his cell on Alabama's death row, a young black lawyer named Bryan Stevenson took up his own investigation into the murder of Ronda Morrison. Finding a trial tainted by procedural mistakes, conflicting eyewitness accounts, and outright perjury, he was determined to see McMillian go free--even if it took the most unconventional means...