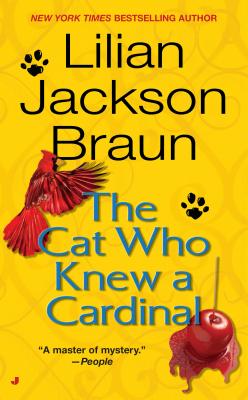 The cat who knew a cardinal

The stage is set for Jim Qwilleran and his cats, Koko and Yum Yum, to solve a puzzling mystery in this New York Times bestseller in the Cat Who series.

All the world's a stage--and now Jim Qwilleran's apple orchard has become the stage for a real-life murder scene. The much-disliked director of the Pickax Theatre Club's Shakespeare production, Hilary VanBrook, has been found dead after the closing-night cast party. With the help of his super-smart Siamese, Qwill must cast a suspicious eye on all the players--especially the ones pussyfooting around behind the scenes...

Title: The cat who knew a cardinal

The cat who knew a cardinal