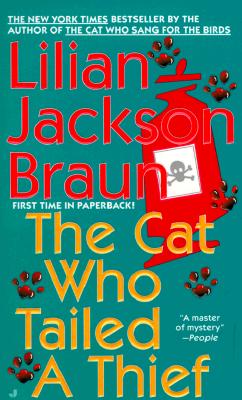 The cat who tailed a thief

Jim Qwilleran--along with his lovable Siamese cats Koko and Yum Yum--follows a trail of clues as elusive as a cat burglar in the night in this mystery in the New York Times bestselling series.

There's been a rash of petty thievery in Pickax--ever since banker Willard Carmichael and his flashy young wife, Danielle, moved in. But now Willard's been killed in a mugging Down Below...or so it seems. Qwill's suspicious, especially when Willard's house-restoration project in Pickax falls into the hands of Danielle's cousin--whose rich new wife then dies on her honeymoon The clues are confounding. But with Koko's help, Qwill intends to catch a thief--and a killer...

Title: The cat who tailed a thief

The cat who tailed a thief