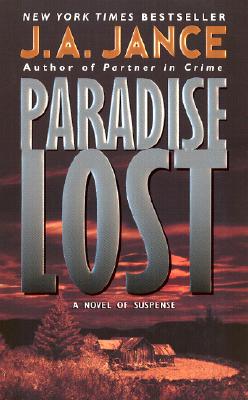 The New York Times bestselling J.A. Jance is back Cochise County, Arizona, and Sheriff Joanna Brady faces her most personal and dangerous case when her daughter discovers a body in the Arizona wilderness.

When Cochise County, Arizona, Sheriff Joanna Brady′s daughter Jenny goes off on a Memorial Day weekend girl scout camp-out in nearby Apache Pass, Joanna trusts that her 12-year-old daughter will behave. But with boy-crazy Dora Matthews as a tentmate, Jenny is seduced into taking a late night unauthorized hike into the wilderness where--instead of smoking a clandestine cigarette--she and Dora stumble upon the body of a murdered Phoenix woman. Knowing that her little girl will be traumatized by her experience, Joanna must balance concern for Jenny with the demands of her new marriage and possible bid for reelection. But when young Dora Matthews herself turns up dead two days later, Joanna′s concern turns to terror. For if Constance Haskell′s killer is murdering potential witnesses, Jenny may be next.