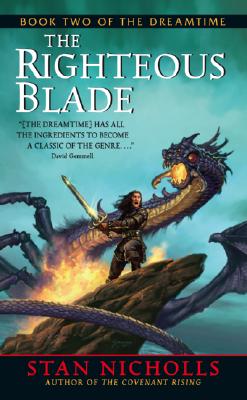 Reeth Caldason's quest for vengeance--and for freedom from the twin plagues of rage and immortality--has brought the able swordsman to Bhealfa, where fear, magic, and brute force are weapons employed by the authorities to control the populace. The paladin clans--an order of mercenary knights--are determined to crush a growing revolution while Devlor Bastorran, sadistic heir apparent to the clan leadership, plots a gruesome retribution . . . against Reeth Caldason. But Reeth has more pressing concerns, for he has been entrusted with delivering much-needed gold that will help establish a rebel state on a remote island. And a powerful enemy stands in his way--one who could destroy not only the Covenant but Reeth's one chance for redemption as well.