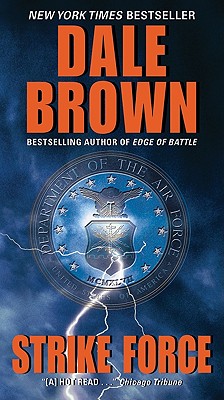 A new era appears to be dawning in the Middle East. But the free world must be wary of old enemies . . .

Rebel Iranian General Hesarak al-Kan Buzhazi is launching a coup that could destroy Iran's theocratic regime, and must turn to his old nemesis, U.S. Air Force Lieutenant-General Patrick McLanahan, for help. On presidential authority, McLanahan sends a new, top-secret fleet of XR-A9 Black Stallion spaceplanes into the fray. The strike force, capable of virtually instantaneous global reach--led by test pilot and astronaut Captain Hunter Noble--could change the course of history in the Middle East for generations to come.

But the reactivation of America's first military space station has rekindled fears of a space arms race. And with McLanahan caught in a furious political battle with those secretly working to undermine his military initiative, it falls to Noble and his dedicated space engineers to halt a growing insurgency in Iran that threatens to erupt into a devastating worldwide jihad.