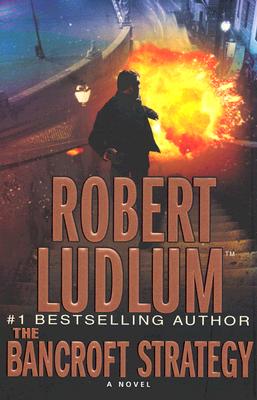 In the tradition of such Ludlum classics as "The Chancellor Manuscript" and "The Icarus Agenda," "The Bancroft Strategy" is a compelling novel of intrigue, where two figures find themselves facing a shadowy organization working to twist global politics to their own unsavory ends.
When Todd Belknap - a legendary field agent for Consular Operations with a reputation as something of a cowboy - is cut loose from the agency after an operation goes wrong, his best friend and fellow agent is abducted in Lebanon by a militia group with a vicious reputation. When the government refuses to either rescue him or negotiate for his release, Belknap decides to take matters into his own hands.
Meanwhile, hedge fund analyst Andrea Bancroft gets a surprising call - she is to receive an unexpected bequest of six million dollars from a cousin she never met. With one condition -- she must agree to sit on the board of the Bancroft family foundation, a charitable organization that is run by the family patriarch, Paul Newton. Having never been involved with, or even met, the family - her mother was briefly married to an Bancroft and cut off all contact many years ago - Andrea is intrigued. But the foundation, which is dedicated to doing strategic good deeds, appears less and less benign the more deeply involved she gets. What exactly is their involvement with the "Genesis" - a mysterious group working to destabilize the geopolitical balance at the risk of millions of lives? As events escalate, Todd Belknap and Andrea Bancroft come together and must form an uneasy alliance if they are to uncover the truth behind "Genesis" -- before it is too late.