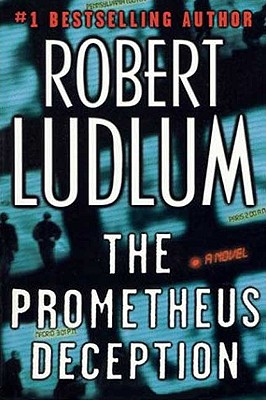 Robert Ludlum is the acknowledged master of suspense and international intrigue. For over thirty years, in over twenty international bestsellers, he has a set a standard that has never been equaled. Now, with the Prometheus Deception, he proves that he is at the very pinnacle of his craft.
Nicholas Bryson spent years as a deep cover operative for the American secret intelligence group, the Directorate. After critical undercover mission went horribly wrong, Bryson was retired to a new identity. Years later, his closely held cover is cracked and Bryson learns that the Directorate was not what it claimed - that he was a pawn in a complex scheme against his own country's interests. Now, it has become increasingly clear that the shadowy Directorate is headed for some dangerous endgame - but no one knows precisely who they are and what they are planning. With Bryson their only possible asset, the director of the CIA recruits Bryson to find, reinfiltrate, and stop the Directorate. But after years on the sidelines, Bryson's field skills are rusty, his contacts unreliable, and his instincts suspect.
With everything he thought he knew about his own life in question, Bryson is all alone in a wilderness of mirrors - unsure what is and isn't true and who, if anyone, he can trust - with the future of millions in the balance.