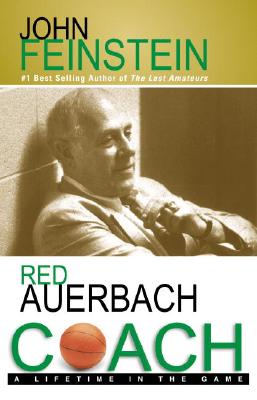 Let me tell you a story

Red Auerbach is the architect and mastermind behind one of the most dominant franchises in professional sports history, the Boston Celtics. The cigar -chomping Auerbach wasn't a passive bench coach, but an aggressive, demanding and often volatile mentor who coached 11 Hall of Famers and led Boston to 10 Eastern Division titles in 16 years. Auerbach's passionate style reaped large rewards. From 1959-1966, the Celtics won 8 straight NBA championships, a streak unmatched in sports history. His career coaching record currently ranks fifth all-time in NBA history. Auerbach led Boston to 99 playoff victories, third all-time behind Phil Jackson and Pat Riley. He showcased his coaching prowess in 11 straight All-Star games, was named NBA Coach of the Year in 1965 and, in 1970, was selected as the NBA's 25th Anniversary All-Time Team coach. Auerbach began his coaching career in 1946 in the BAA with the Washington Capitals and led them to the 1947 and 1949 division titles.

Title: Let me tell you a story

Let me tell you a story