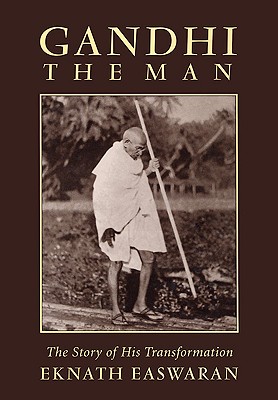 In 1892 Mohandas K. Gandhi was 23 years old, a shy, tongue-tied man whose past was full of failure; 30 years later he was the acknowledged leader of 400 million Indians in their struggle for independence through nonviolent revolution. Gandhi, the Man does what no other book has: it describes the astonishing inner revolution by which M. K. Gandhi became the Mahatma who brought about India's independence after 300 years of foreign rule.

When growing up in Gandhi's India, author Eknath Easwaran sought and came face to face with the personal power of Gandhi. It is that power that is revealed here.

An attractive new cover and revised text enhance this widely acclaimed profile that begins in South Africa, where Gandhi's remarkable transformation took place. More than 70 photographs, many not published elsewhere, enrich the story of Gandhi's development, and revealing quotations from Gandhi display that progress against the backdrop of his social and political work. Timothy Flinders, an educator and student of Easwaran, contributes a chapter, which relates Gandhian techniques to contemporary problems and shows readers how to apply Gandhi's principles to promote peace in their own lives.