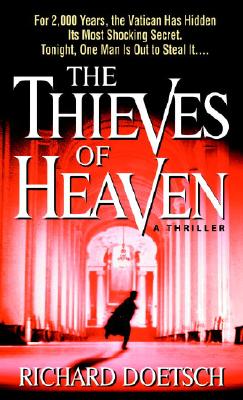 The most closely Guarded treasure on Earth.

An explosive ancient secret. A breakneck journey into the heart of the Vatican. In a small, heavily fortified room just north of the Sistine Chapel, a master thief is about to strike. All he needs is an instant-to steal the most important treasure in the Vatican museum: two antique keys-one gold, one silver-that protect the secret of salvation.... But a surprise awaits Michael St. Pierre deep inside the Vatican, an ancient secret so explosive, it sends him running for his life--from the streets of Rome to a small stone church in Israel--with two stolen keys and a terrible realization: the consequences of his desperate, brazen act are far greater than he could ever have imagined. For the treasure he has uncovered--the gleaming prize buried within the most clandestine structure on earth--is about to bring him face-to-face with an enemy more shocking, frightening, and insidious than anyone can guess....