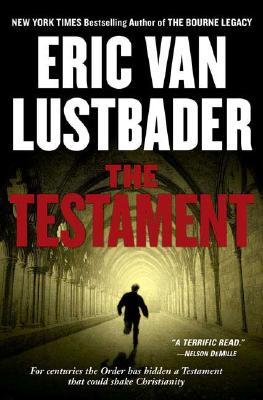 The new international thriller from the "New York Times" bestselling author of "The Bourne Legacy"
Braverman Shaw--"Bravo" to his friends--always knew his father had secrets. But not until Dexter Shaw dies in a mysterious explosion does Bravo discover the enormity of his father's hidden life as a high-ranking member of the Order of Gnostic Observatines, a sect founded by followers of St. Francis of Assisi and believed to have been wiped out centuries ago. For more than eight hundred years, the Order has preserved an ancient cache of documents, including a long-lost Testament attributed to Christ that could shake Christianity to its foundations. Dexter Shaw was the latest Keeper of the Testament--and Bravo is his chosen successor.
Before Dexter died, he hid the cache where only Bravo could find it. Now Bravo, an accomplished medieval scholar and cryptanalyst, must follow the esoteric clues his father left behind. His companion in this quest is Jenny Logan, a driven young woman with secrets of her own. Jenny is a Guardian, assigned by the Order to protect Bravo, or so she claims. Bravo soon learns that he can trust no one where the Testament is concerned, perhaps not even Jenny . . .
Another secret society, the Knights of St. Clement, originally founded and sponsored by the Papacy, has been after the Order's precious cache since the time of the Crusades. The Knights, agents and assassins, will stop at nothing to obtain the treasure. Bravo has become both a target and a pawn in an ongoing war far larger and more deadly than any he could have imagined.