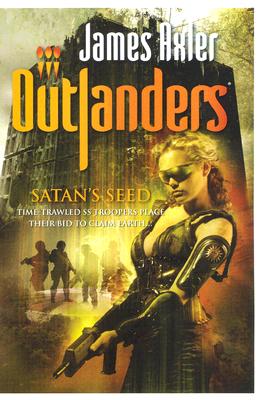 As humanity emerged from the rubble of nuclear war, so didhistory's darkest secrets, deliberately concealed beneatha cunning web of lies, half-truths and contrivance. Now, as alien overlords ready their blueprint for absolute controlover planet Earth, daring rebels fight back against grim oddsand an enemy of superlative power whose only failing maybe their inability to grasp mankind's fierce will to survive.The Cerberus warriors must endure the most frighteningtests of their ingenuity when they discover secrets linkingalien technology, Nazi time-travel experiments and a260-year-old nightmare time-trawled in a new quest forpower. The Pacific is swarming with SS troopers led by adangerous woman and her strange advisor whose capacityfor evil is rooted in the dark energy of the occult....