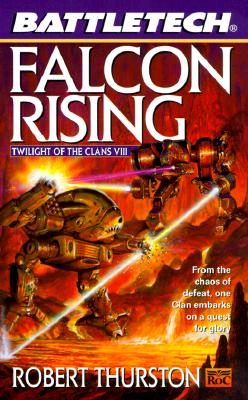 The Clans are in turmoil. Hamstrung by their truce with the hated Inner Sphere and plagued by internal conflict, the once-mighty Clans now race against each other to rebuild their decimated ranks of warriors. One Clan -- the Jade Falcons -- becomes the strongest of all by violating tradition and building an army of both freeborn humans and genetically engineered trueborns. But their pride is short lived, as the forces of the Inner Sphere rise to do the unimaginable -- invade Clan space