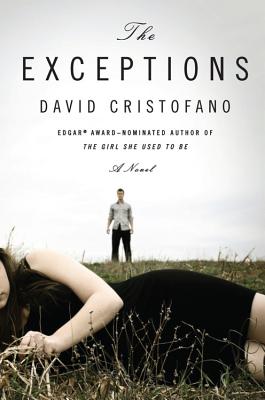 From David Cristofano, the Edgar(r) Award-nominated author of "The Girl She Used to Be," comes a poignant, darkly witty story about the ties that bind us together . . . and the choices that rip us apart.
THE EXCEPTIONS
"No loose ends." It's the Bovaro family motto. As part of the Bovaro clan, one of the most powerful and respected families in organized crime, Jonathan knows what he must do: take out Melody Grace McCartney, the woman whose testimony can lock up his father and disgrace his entire family. The only problem: he can't bring himself to do it.
Had Jonathan kept his silence, Melody and her parents would never have been identified and lured into the Witness Protection Program, able to run but never to hide. So he keeps her safe the only way he knows how-by vowing to clean up his own mess while acting as her shield.
But as he watches her take on another new identity in yet another new town, becoming a beautiful but broken woman, Jonathan can't get her out of his mind . . . or his heart. From the streets of Little Italy to a refuge that promises a fresh start, Jonathan will be forced to choose between the life he's always known, the destiny his family has carved out for him, and a future unlike anything he's ever imagined.