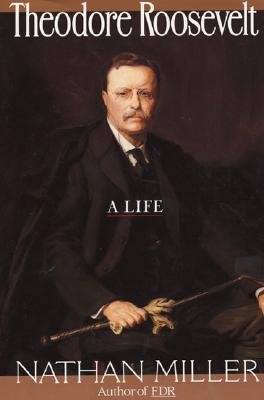 Nathan Miller's critically acclaimed biography of Theodore Roosevelt is the first complete one-volume life of the Rough Rider to be published in more than thirty years. From his sickly childhood to charging up San Juan Hill to waving his fist under J.P. Morgan's rubicund nose, Theodore Roosevelt offers the intimate history of a man who continues to cast a magic spell over the American imagination.

As the twenty-sixth president of the United States, from 1901 to 1909, Roosevelt embodied the overwheliming confidence of the nation as it entered the American Century. With fierce joy, he brandished a "Big Stick" abroad and promised a "Square Deal" at home. He was the nation's first environmental president, challenged the trusts, and, as the first American leader to play an important role in world affairs, began construction of a long-dreamed canal across Panama and was awarded the Nobel Peace Prize for almost singlehandedly bringing about a peaceful end to the Russo-Japanese War.

In addition to following Roosevelt's political career, Theodore Roosevelt looks deeply into his personal relations to draw a three-dimensional portrait of a man who confronted life-wrenching tragedies as well as triumphs. It is biography at its most compelling.