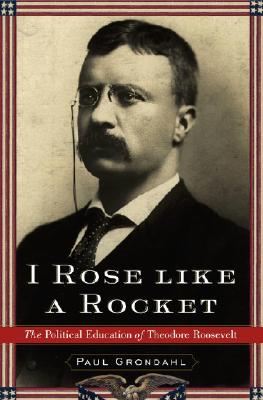 Teddy Roosevelt, the favorite political role model of Bill Clinton and both George Bushes, is legendary for his political acumen and for bending the world to his will. Yet where did he learn how to master the rough-and-tumble of politics? Not by weightlifting and boxing, nor by heading out west to try cattle-ranching, nor even as a Rough Rider in Cuba. He was far more than simply a self-made man or a crusading outsider who reinvented politics wholesale. The story of his political education has never fully been told and is every bit as entertaining as his more famous nonpolitical exploits.

Paul Grondahl knows New York political history as well as anyone, from the long-reigning machine of the Albany Democrats to the great Tammany chieftains who lorded over New York City. After working in the State Senate briefly before turning to journalism and writing about Albany politics and history for the past two decades, he knows the colorful byways and larger-than-life characters who made late nineteenth-century political life into one of the most amusing and fascinating periods in our history. In "I Rose like a Rocket," Grondahl reveals the true story of Roosevelt's preparation for the White House: not one of self-making so much as a classic political education. From his earliest days as an assemblyman in Albany to his service as police commissioner in New York and civil service commissioner in Washington, Roosevelt learned invaluable lessons from the giants of his day. He was nearly roughed up twice by Democratic toughs in Albany and he suffered terrible defeats at the more-experienced hands of machine masters "Easy Boss" Thomas C. Platt and "Honest John" Kelly; yet he also learned how tomanipulate and co-opt the press, how to harness public pressure and bipartisan allies, and how to fight for his desires from sunrise to sunset and beyond.

The product of Grondhal's research is one of the most important books ever written about Teddy Roosevelt. To learn of the inspirations and motivations of the young TR will cause readers to pause, reexamine, and reinterpret their views of him.

Roosevelt was driven by demons, yet he learned how to harness those inside himself as well as the more fleshly versions who fought him at every turn. The story of his political education is one of the most entertaining, instructive, and inspiring of that of any American president.