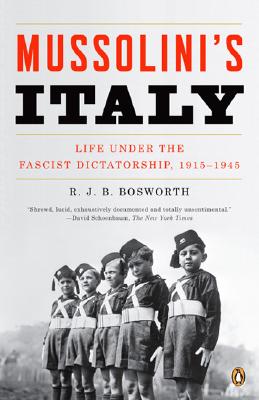 With Mussolini 's Italy, R.J.B. Bosworth--the foremost scholar on the subject writing in English--vividly brings to life the period in which Italians participated in one of the twentieth century's most notorious political experiments. Il Duce's Fascists were the original totalitarians, espousing a cult of violence and obedience that inspired many other dictatorships, Hitler's first among them. But as Bosworth reveals, many Italians resisted its ideology, finding ways, ingenious and varied, to keep Fascism from taking hold as deeply as it did in Germany. A sweeping chronicle of struggle in terrible times, this is the definitive account of Italy's darkest hour.