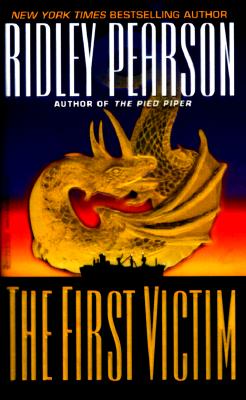 Lieutenant Lou Boldt, the Seattle cop who stars in Ridley Pearson's deservedly popular series, is a sharp and touching figure--perhaps the most believable police officer in current fiction. Early in this ninth book about his public and private life, Lou has to put on a bullet-resistant vest to lead a raid against some dangerous criminals. "The vest was not physically heavy, but its presence was," Pearson tells us.

It meant battle; it meant risk. For Boldt, a vest was a symbol of youth. It had been well over a year since he had worn one. Ironically, as he approached the hangar's north door at a light run behind his own four heavily armored ERT personnel, he caught himself worrying about his hands, not his life. He didn't want to smash up his piano hands in some close quarters skirmish. . . . Boldt plays jazz piano one night a week in a local bar, and despite his concern for his hands, he takes every opportunity he can to get away from his desk and into the streets. But money pressures, caused by his wife's recent illness, also make him think about the possibility of a better-paying job in the private sector. Meanwhile, some extremely ruthless people are murdering illegal Chinese immigrant women and leaving their bodies buried in newly dug graves. An ambitious local TV journalist named Stevie McNeal and the young Chinese woman she thinks of as her "Little Sister" risk their lives to investigate the killings, while Boldt and his team round up a most unusual array of suspects. This combination of hard-edged realism and softer sentiment has become Pearson's trademark, and once again it works smoothly. --Dick Adler