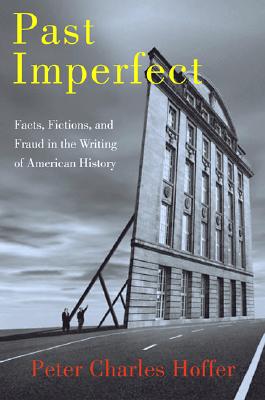 Woodrow Wilson, a practicing academic historian before he took to politics, defined the importance of history: "A nation which does not know what it was yesterday, does not know what it is today." He, like many men of his generation, wanted to impose a version of America's founding identity: it was a land of the free and a home of the brave. But not the braves. Or the slaves. Or the disenfranchised women. So the history of Wilson's generation omitted a significant proportion of the population in favor of a perspective that was predominantly white, male and Protestant.

That flaw would become a fissure and eventually a schism. A new history arose which, written in part by radicals and liberals, had little use for the noble and the heroic, and that rankled many who wanted a celebratory rather than a critical history. To this combustible mixture of elements was added the flame of public debate. History in the 1990s was a minefield of competing passions, political views and prejudices. It was dangerous ground, and, at the end of the decade, four of the nation's most respected and popular historians were almost destroyed by it: Michael Bellesiles, Doris Kearns Goodwin, Stephen Ambrose and Joseph Ellis.

This is their story, set against the wider narrative of the writing of America's history. It may be, as Flaubert put it, that "Our ignorance of history makes us libel our own times." To which he could have added: falsify, plagiarize and politicize, because that's the other story of America's history.