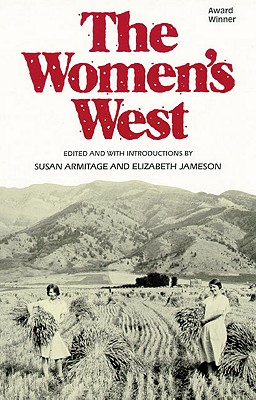 The American West looms large in popular imagination-a place where men were rugged and independent, violent and courageous. In this mythic West all the men were white, and the women were largely absent. The few female actors played supporting roles around the edges of the drama. Molded by the Victorian Cult of True Womanhood, they were passive, dependent, reluctant, and out of place. Men "won" the West. Women, against their better judgement, followed them to this "newly discovered" place and tried to re-create the amenities of the urban East.

Or so the myth goes. The Women's West challenges this picture as racist, sexist, and romantic and rejects the customary emphasis of traditional western history on the nineteenth-century frontier, discovered and defined by Anglo men. In its place The Women's West begins the construction of a new western history as complex and varied as the people who lived it.

This collection of twenty-one articles creates a multidimensional portrait of western women. The pioneer women presented here were actors in their own lives, not passive participants in their husbands' ventures. They were hardy seekers who came west, sometimes alone, in search of jobs, freedom, or land to homestead. They were political activists who worked tirelessly to win the right to vote and to hold political office. They adapted in practical ways to their own and their families' economic and personal needs in a new environment.