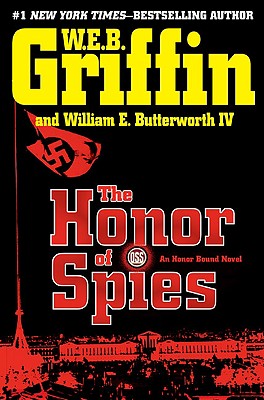 Griffin's Honor Bound novels have been hailed as ?terrific? (Newark "Star-Ledger") and ?immensely entertaining? ("Kirkus Reviews"), with ?enough derring-do, romance and action to satisfy Griffin's legions of fans and bring him new ones? ("Rocky Mountain News"). The new book is his best yet. August 6, 1943: In his brief career in the Office of Strategic Services, twenty-four-year-old Cletus Frade has already been involved in a lot of unusual situations, but nothing like the one he's in now, standing with a German lieutenant colonel named Wilhelm Frogger in a Mississippi prisoner-of-war detentio...
View More...